How To Avoid A Judges Verbal Beating-Subpoenas

A subpoena for production of documents is a direct command from the court.  If you don’t produce the documents you can be arrested, verbally beaten up by a judge and jailed.  “Contempt of court” gets judges so cranky that it takes the heat off the rest of us.  Unless you are looking for material for a book or otherwise have a few days/weeks to kill, just comply with the subpoena.    Is it easy for a lawyer to issue a subpoena?  Very easy.  Although getting the spelling right can be a challenge.     But what if you are asked to produce your trade secrets?  Or your therapist or doctor is ordered to hand over their notes which reveal you have haemorrhoids?     Then you fight. Here are four questions to ask :     1. Is the “subpoena” from the court?  A lawyer’s letters or telephone calls can be ignored.  Also, the documents need only be produced to the court itself.  2. Has the lawyer serving the subpoena provided adequate funds to cover your expenses travelling to the court? If not, you d
Post a Comment
Read more

INJUNCTIONS: Stop, in the Name of the Law! 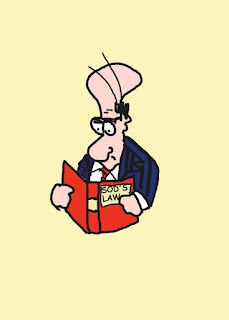 In the old days, people would rush before the King and demand justice, and he would immediately deal with the case. When the King decided to knock that on the head, lawyers got hold of the litigation process and implemented increasingly long-winded processes. Today the processes are relatively quick, but you still need to jump through the hoops of your lawyer wanting to send a warning letter to the other side, collecting details and paperwork, taking statements and doing a lot of messing about, which is called solid preparation. It takes weeks before you can slap a writ on your enemy and, worse still, they don’t even call it a writ anymore. However, in some cases, the matter is urgent, and you can be in court the following morning, e.g. if a former employee has given your client list to a competitor. In these sorts of cases, a court will order an “interim injunction” to stop the action until the case can be heard. But courts do not just give injunctions away, however; there are certain
Post a Comment
Location: Birtinya, Sunshine Coast, Queensland
Read more

“Without Prejudice” - The Legal Time Out 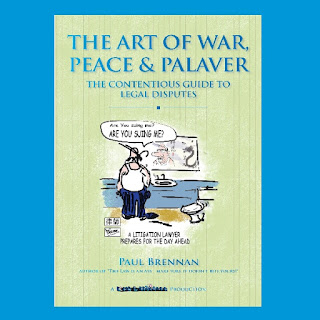 While Freemasons have secret handshakes, lawyers have the “without prejudice” communication (“WPC”).  Sad I know. WPCs help lawyers to negotiate settlements openly without worrying that their words will sneakily be repeated in court in the dispute or another.  It is a legal “time out”. The courts wish to encourage frank communications between parties to negotiate a settlement of a dispute without fear that admissions in such negotiations will be placed before a court as evidence against them. Therefore, communications made in a genuine attempt to negotiate a settlement are treated as "without prejudice" i.e. off the record. "Genuine" means that point scoring, threats, and assorted other abuse are not covered. In business, the use of the term "without prejudice" is right up there with "deliverables", "sustainable", and "awesome". It signals that you are getting legal, without the tedium and expense of involving a lawyer. It off
Post a Comment
Location: Birtinya, Sunshine Coast, Queensland
Read more

Watch Out for Time Limits 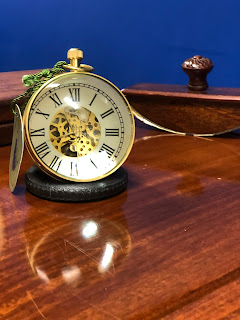 In law there are lots of time limits.  For instance, as far as wills are concerned, death really means “put down your pen and stop writing”, as many a disappointed beneficiary will know. As a general rule you have six years to commence court action or you are “out of time”.  This is applied very strictly so that court proceedings are not delayed allowing memories to fade, evidence to disappear or people to be vexed by old claims.  However, there are all sorts of exceptions. You have three years to make a claim after an accident and injury.  In the case of injuries to children, the limitation period usually only starts when they become 18 years old, which can be very upsetting for teachers.  For relatives going missing, you may wait seven years before they are declared dead.  Therefore, it is essential not to mislay rich relatives.  A claim by a person left out of a will can be subject to a time limit of a few months. Employment legislation is quite scatty: 14 days, a month, 3 days, 5 h
Post a Comment
Location: Birtinya, Sunshine Coast, Queensland
Read more 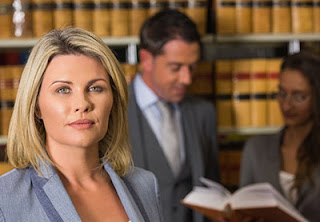 Since time immemorial, apart from maybe duels, lawyers have been assisting clients at what we used to call “having a bit of a dust up” and is now optimistically described as “Dispute Resolution”.  Tribunals, offering a cheap, informal alternative to court proceedings, are on the increase. They are used by professional bodies, to deal with professional misconduct, or government agencies and other industries such as estate agents to deal with customer complaints.   It is becoming popular for Tribunals to exclude lawyers. Why? Well, lawyers can be nitpicky, cantankerous     individuals who argue about everything, think they always know best and are forever telling everyone what to do. There are exceptions (my wife for instance) but generally this is the case.  In these “lawyer free” Tribunals you are expected to front up, say your piece and accept the decision. This can be quick, cheap and effective justice at its best-unless of course you lose.  Tribunals seem designed to find you guilty
Post a Comment
Location: Birtinya, Sunshine Coast, Queensland
Read more

Mediate and be Damned

The CIA is alleged to have launched 638 assassination attempts against Fidel Castro including one using an exploding cigar. Unfortunately, assassination is not available to litigants; they are condemned to fight their enemy in the courts. Nevertheless, many people find that issuing a writ feels better than sex (depending, of course, on who their current partner is). Yet, in some entrenched cases, after a year or so, all parties can feel like they have been through the mill. At this stage, neither party is prepared to give up but they may be ready for mediation.  This is where you meet the other party with their lawyers with the object of settling the dispute. In the 70s, there was no mediation that I recall.  Clients were advised not to speak to their opponent.  A writ would be served and skirmishes would occur up to the hearing and a huge number of cases settled at the court door.  Few facts were admitted.  Communication with what we still call “the other side” would be, for the mo
Post a Comment
Location: Birtinya, Sunshine Coast, Queensland
Read more 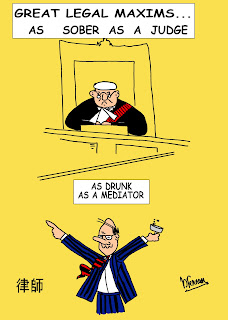 George Orwell said, “The quickest way to end a war is to lose it.”  Sometimes in litigation, such as debt collection or injunctions, you can overwhelm your opponent’s trenches at an early stage.  However, often in litigation, it is not over by Christmas. In the way that War Ministries are now called Defence Ministries, sometime in the last few years Litigation Departments became Dispute Resolution Teams. The “team’s” mission is to find a resolution to your dispute rather than just open hostilities and see how it goes, which seemed amongst clients to be the preferred method for centuries, or certainly as far back as I can remember. Apart from mediation and tribunals, there are two other main alternatives to a court case: Arbitration - This process replaces courts and judges and their resulting delays and red tape.  Nonetheless, arbitrators produce their own delays and red tape and arbitrations can be presided over by people who are not judges but have always wanted to be.  The popular
Post a Comment
Location: Birtinya, Sunshine Coast, Queensland
Read more
More posts