Fights with Members of your Club or Association 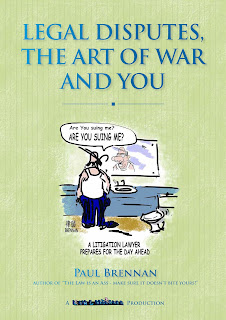 Club membership has so much more to offer than a game of tennis, bowls or a few social drinks. Add to that intrigue, gossip, conflict, and the cut and thrust of the committee meeting which spills over to the AGM and it can be all-out war.

You may not know the club rules back to front. Nonetheless, every committee member and any member being disciplined should know the law of natural justice which has two basic rules:

Even the most hard-nosed committee should be using words like “We want to listen to your side,” “We want to be fair to you” and “Have you anything else to say?” before finding an accused member guilty as charged. Punching the air and other expressions of joy at an exclusion or suspension is behaviour that committee members should try to avoid.

Rule 2 - Every person is entitled to a fair hearing

This means that the accused member is to be given reasonable notice of the hearing and written details of the allegations in advance.

In these two rules, there lies a multitude of challenges to committee decisions.

Courts are not really concerned about the decisions committees make, but challenges will come from the procedures that they adopt. Even if a member has broken club rules, a failure by the committee to adopt the right disciplinary procedures can make its actions unlawful and a breach of natural justice, enabling the court to set aside its ruling.

There will be committee members out there for whom this pussyfooting around is just too hard. Instead, they advocate the “Hanging Judge Jeffrey’s” approach. Nevertheless, if it does go before the court, judges will expect justice in the clubs not only to be done, but to be seen to be done.

The members of your committee must exercise discipline or risk legal action. Any members who are loose cannons must be restrained so that the committee works together. Sun Tzu gives an example of a daring soldier who sallied forth alone and returned to camp with the heads of two enemy soldiers. He was executed for acting without orders.