Injunctions—stop in the name of the law 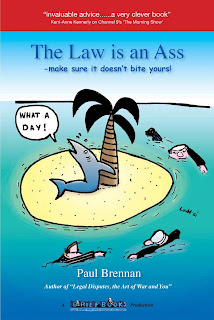 In the old days people would rush before the King and demand justice and he would immediately deal with the case. When the King decided to knock that on the head lawyers got hold of litigation and implemented increasingly more longwinded processes.

Today the processes are relatively quick but you still need to jump the hurdles of your lawyer wanting to send a warning letter to the other side, collecting detail and paperwork, taking statements and doing a lot of messing about called solid preparation. It takes weeks before you can slap a writ on your enemy and worse still, they don’t even call it a writ anymore.

However, if the matter is urgent, for example, your former employee gives your client list to a competitor or a neighbour threatens to knock down your wall or tree or a nuclear attack is imminent, you can be in court the following morning. In urgent matters a court will order an interim injunction to stop the action until the case can be heard.

But courts do not grant injunctions lightly. There are certain tests that a judge will apply, such as-

1.   It’s got to be something serious. Anything involving pets, hurt feelings or golf are not going to do it.

2.   Is it really necessary? Could a payment (damages) after the hearing be sufficient compensation?

You must undertake to be responsible for any loss caused by the injunction if you should eventually lose the case.

An application for an interim injunction is quick, exciting and, of course, expensive.

Listen to this article on the "Law" Podcast

Your money lives on when you are gone

Anyone who has watched Midsummer Murders on TV will know how unexpectedly death can occur. As distressing as your death might be, handled properly it is a fantastic tax avoidance event. With a well set-up trust, your business affairs can continue and no one need miss you at all (so accountants say). However, leave a mess and your relatives must sort it out, as well as coping with their abject grief at losing you. There are three steps to putting your legal affairs in order prior to your immediate demise. STEP 1      A will Many of you might prefer to leave this detail until you are on your deathbed. Apart from causing your lawyer to run around like a scalded cat it can be a prelude to the family dividing between those who were at the deathbed and who, coincidentally, benefited from the will, and those who couldn’t make it and lost out. STEP 2      An enduring power of attorney This enables one, two or more people chosen by you (called attorneys) to deal with your affairs if you are i
Read more

What is copyright infringement? 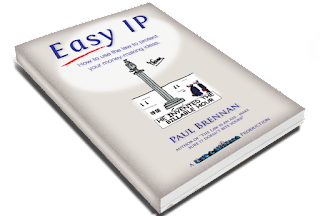 I f you have read The Da Vinci Code (DC) and The Holy Blood and the Holy Grail (“HBHG”) as I have, you have probably decided that they are very different books. You will not be surprised to hear that a UK High Court judge supports our view. So how is it that what would have cost a legal advice fee of about a couple of hundred dollars on the Sunshine Coast in Australia has cost over $US4.5M in London?  Although it sometimes depends on the idea, the smart money was on DC, as every copyright lawyer knows that copyright does not protect “the idea but the expression of the idea”; although it depends on the idea.  For instance, a story where boy meets girl, boy loses girl and boy gets girl back is not protected by copyright. It is just an idea, and many stories have this theme. What if the girl was a cowboy? This is a novel twist (or so John Wayne would have had us believe), but still just an idea. What if you went further still and copied some words from a cowboy film such as “giddyup” or “
Read more