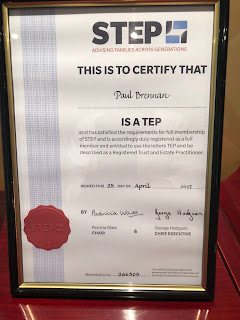 As E.W. Howe said “There are very few grave legal questions in a poor man’s estate”.

But add even a little money and any family can become the stage for some stellar and demanding performances from its members.

Often the indolent, gin swilling, shopperholic daughter-in-law who must be kept away from the wonderful son’s inheritance can become in time the saintly mother who sacrifices all for her own children and deserves every penny.  The death of her husband may launch her into a new marriage and the role of hated money grabbing step mother, only for her new husband to die and for her to inherit everything leaving his children without an inheritance.  But, her loneliness throws her into the arms of a chancer and she becomes the fear driven widow who is about to be taken for a ride by a man who through some quirk of law could leave her money to his own children.

Meanwhile, the men of the family not only have to play opposite a multiplicity of female roles they can equally progress from wayward alcoholic son who unless stopped will spend his inheritance at breakneck speed to responsible, long suffering patriarch trying to do the right thing.  However, the death of the patriarch’s wife of many years may launch him into the role of money grabbing chancer who marries again to a rich widow who promptly dies, only to finish as an old man living off her money, being taken advantage of by one or more younger women which to some of you may sound worth waiting for.

Your lawyer may not be able to make you feel in the right but he should be able to explain why everybody else is in the wrong, hopefully to the satisfaction of a court.

Can a standard will really cover all this?  Well, probably not, but ask for it anyway.